Hold your tears- we've decided to leave our blogspot home and move over to wordpress. We will still continue to amuse and delight all (five) of you on the new site- it'll just look a little better while we do it. Head over to www.acharmedcity.com and if you care about us at all, subscribe! And tell your friends! And your enemies!
Posted by ACharmedCity at 8:48 AM 0 comments

Baltimore: The City That Reads 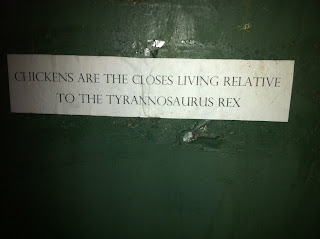 Who needs the internet when all the answers to life's question can be found plastered to the mail box on Monument?
Posted by ACharmedCity at 2:12 PM 0 comments

﻿
﻿When we first discover something that we absolutely, without a doubt need to own, it becomes somewhat of an obsession. We lie awake at night envisioning ourselves with (insert coveted item here) and how our lives will be infinitely better once we finally get our greedy paws on it. Sick bitches, indeed.
Our current bout occurred whilst flipping through one of the dozen and a half editorials (fine, it was Cosmo) that we so adore. From the moment we laid eyes on Sam Edelman's Exie flats, we knew that they had to be ours. We're still unsure if it was the doubles-as-a-weapon angle or some freakish desire to rock self inflicted ankle wounds all Summer. Either way, they are now safely at home in our bedroom closet.
Posted by ACharmedCity at 11:20 AM 0 comments

Besides our birthdays, we may be entering the very best time of the year. Despite the rain, pollen and bipolar temperatures, a million fun parties, festivals and events are happening. This week alone we have the first First Thursdays, Mount Vernon Flower Mart, a fabulous Kentucky Derby party and a college graduation to attend in beautiful, cultural, Williamsport, PA. Having a full dance card is lovely, but outfits are sparse as spring cleaning has revealed closets hit hard by neglect and questionable choices made while shivering through online winter clearance sales.
Typically we're cheap bitches who re-purpose/wear clothes until they're ruined--- so pilly and sad-looking that even our floorboards don't want to be dusted with them. Luckily, The Circle of (Fashion) Life rewards frugality and lets us believe that each mottled garment begets a new fancy one.
Below are a few favorites from the recently discovered Nasty Gal site. Summer wardrobe beware: You're about to get revamped. 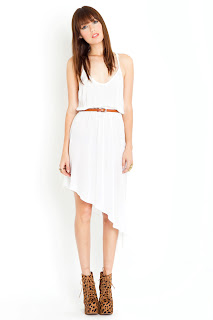 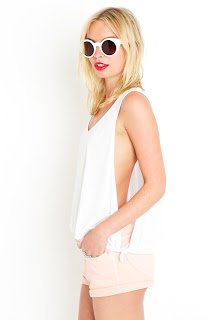 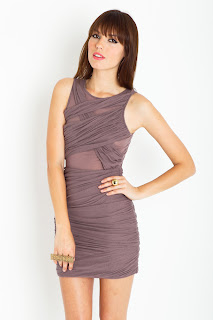 Posted by ACharmedCity at 11:33 AM 0 comments 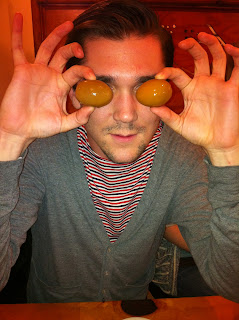 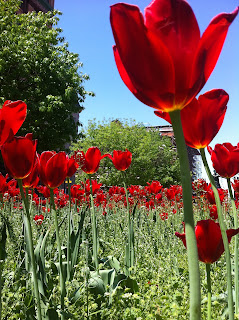 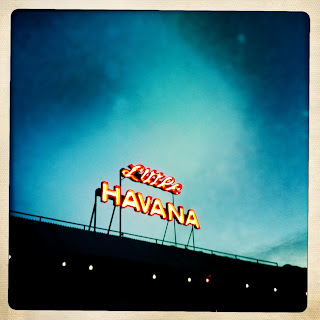 Posted by ACharmedCity at 2:51 PM 0 comments 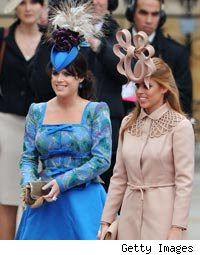 Did you guys know the sun comes up around 6am? We didn't either. After hitting snooze and cursing all of England for being on Greenwich Mean Time we dragged our commoner asses out of bed, smeared some butter on a few homemade almond scones and tried to keep our eyes open.
It was really hard to stay awake during the arrival to Westminster Abbey, but then the Sisters' Crisco came to the rescue. After howling with delight and making jokes that even Lucille Bluth would throw shade at, we decided that Beatrice's dammit head piece was worth the 5am wake up.
The rest of the wedding was lovely. Kate Middleton's choice of McQueen was perfection, William looked like the happiest guy on earth and Harry somehow managed to make a roped-off military suit look good.
We're pretty sure the Queen grabbed her "spring" suit and top hat out of the back of the Royal Closet in the midst of this mornings' sherry hangover, but we love yellow so we'll let it slide. What we're less willing to let slide was the balcony kiss. This was your moment, Will and Kate! That's how we would kiss crappy in-laws or an affectionate priest! We'll have to live with it, but we hope they make up for it on the honeymoon to Jupiter that the good people of England are paying for.
Since this blog is about many things we'll leave you with an ugly picture of us sleep eating and a recipe.
God save the Queen! 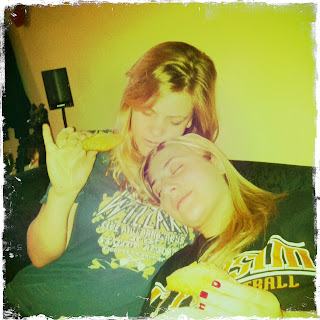 RAF Almond Scones after the jump.
Read more »
Posted by ACharmedCity at 10:49 AM 0 comments

Keep Calm and Harry On

Say what you will about the royal nuptials tomorrow, but we'll be watching bleary-eyed with a pre-work mimosa in hand. Not because we particularly care about a bunch of toothy millionares who couldn't handle their shit in the 1700's, but because we want to see with our own eyes how someone goes from dating this:

Three hundred pounds says Kate comes to her senses and runs off with this hot toddy: 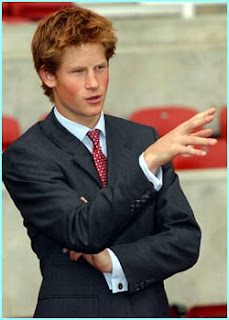 Posted by ACharmedCity at 3:53 PM 37 comments

ACharmedCity
Two buddies with a mutual appreciation for good design, delicious food & drink, and exploring our (not as dangerous as you might think) city, Baltimore. Here we will chronicle the delights of our charmed city.